Vera Stanek was born in Czechoslovakia five months before Hitler occupied the country. She experienced hard times of war with lack of food and heating, fear of bombing, diseases and finally the liberation by the Soviet Army. Three years of freedom followed. When the Communists took over in a coup, that was the beginning of socialism. She witnessed the changes in society, the nationalization of industry, the confiscation of private businesses, and the communist propaganda. As a daughter of non-communist father, she struggled to be accepted to high school, and later the university of her choice. Despite these challenges, she became an electrical engineer. After she met her husband Frank, the couple decided to escape. The attempt was unsuccessful, thanks to the written statement to the police by Vera’s own sister. She and her family with two children remained behind the Iron Curtain 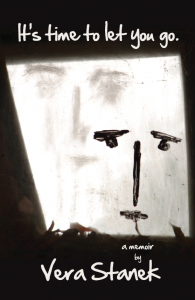 for another 16 years. Finally they escaped to Switzerland in 1983. Vera’s husband was 51 years old, Vera only few years younger and the couple had $50 in their pocket, nothing more. In Switzerland, Vera and her husband worked and lived for another 14 years until they got an opportunity to work in Beijing, China. After spending one unforgettable year there, they used their waiting time for green cards to come to the U.S. traveling through Asia, Australia and Europe. On January 10th, 1999, Vera Stanek and her husband came to the USA; on September 27th, 2004, they became American citizens. The following year was Frank diagnosed with Alzheimer’s and after eight years he passed away in 2010. Vera lives in Austin, TX.
Buy the book